The first final of the day was in the mixed doubles category, where the defending champions, Pawel Pietryja and Aneta Wojtkowska of the Opole University, played against Mateo Martinez and Alix Saumier of the University of Strasbourg. The Polish double was just too strong for their opponents and easily won 21:16 and 21:15.

»We came here to win the tournament. Normally we play with the Polish national team and this tournament level is not on the same level, so we wanted to win. The organization was very good, I'm satisfied with the hall and the photographers,« said Pawel Pietryja.

The Uludağ University remains the best in the women's doubles category. The Turkish team was represented by Özge Bayrak and Cemre Fere, who had no big problems with defeating their British opponents, Tiara Samuels and Emily Witts from the University of Nottingham 21:10, 22:20.

Roovers is the new champion in Men's singles

Alexander Roovers of the Duisburg-Essen University is the champion of Men's singles event. The second-seeded German faced against the first-seeded Bernardo Atilano of the University of Lisbon and won 21:14 and 21:16.

»When I entered this competition, I had a medal on my mind. Last year i was third at the European Universities Games in Zagreb and this year I tried to do a little bit better. I've played against Bernardo before the finals, during the team event, and won quite convincingly, but now it was a new match and it was more tense. For the finals, I tried to be active and when I reached the shuttle early at the net, I hold a bit an wait for him to come closer, then flick it over him. The net game is very important against him, because he has a very good smash, so if I lift easily, he can earn a lot of easy points. My tactics worked well,« explained Roovers. 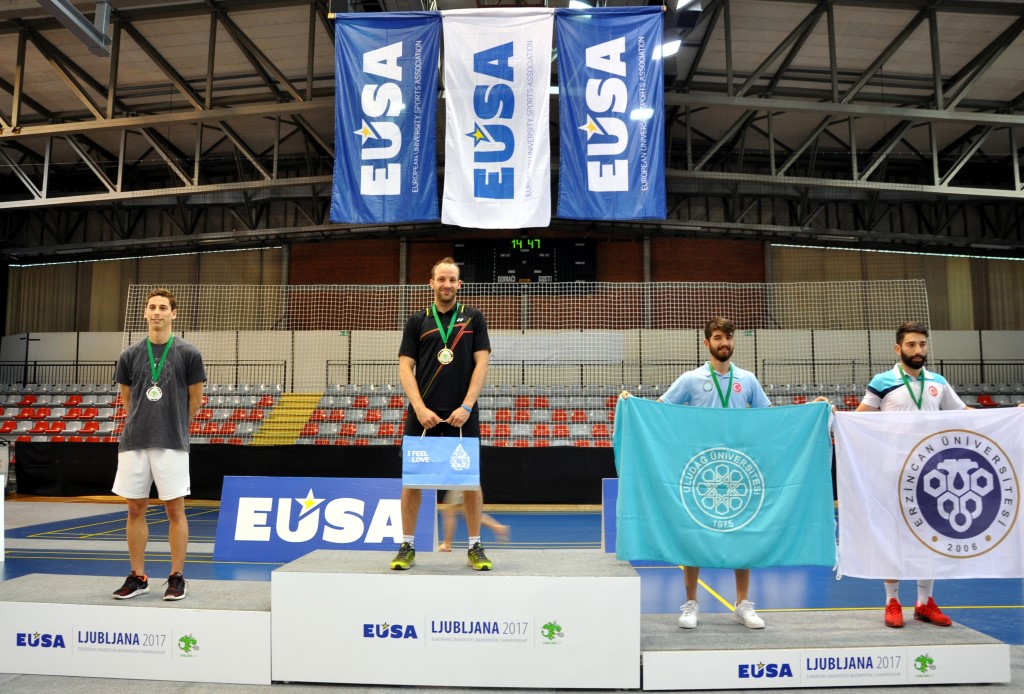 The turkish player Neslihan Yigit of the Uludag University won the Women's sin les finals and made sure that the title is staying in her country, after it was won by her teammate Özge Bayrak in 2015.

Neslihan Yigit was up against the British representative Lilian Yang from the University of Nottingham. It was a good match and it took three sets to crown the champion. Yigit won the first set 21:18, Yang responded in the second with a 21:16 win and forced a decisive third set. In the last part, Yigit performed better and won 21:17 to win the competition. 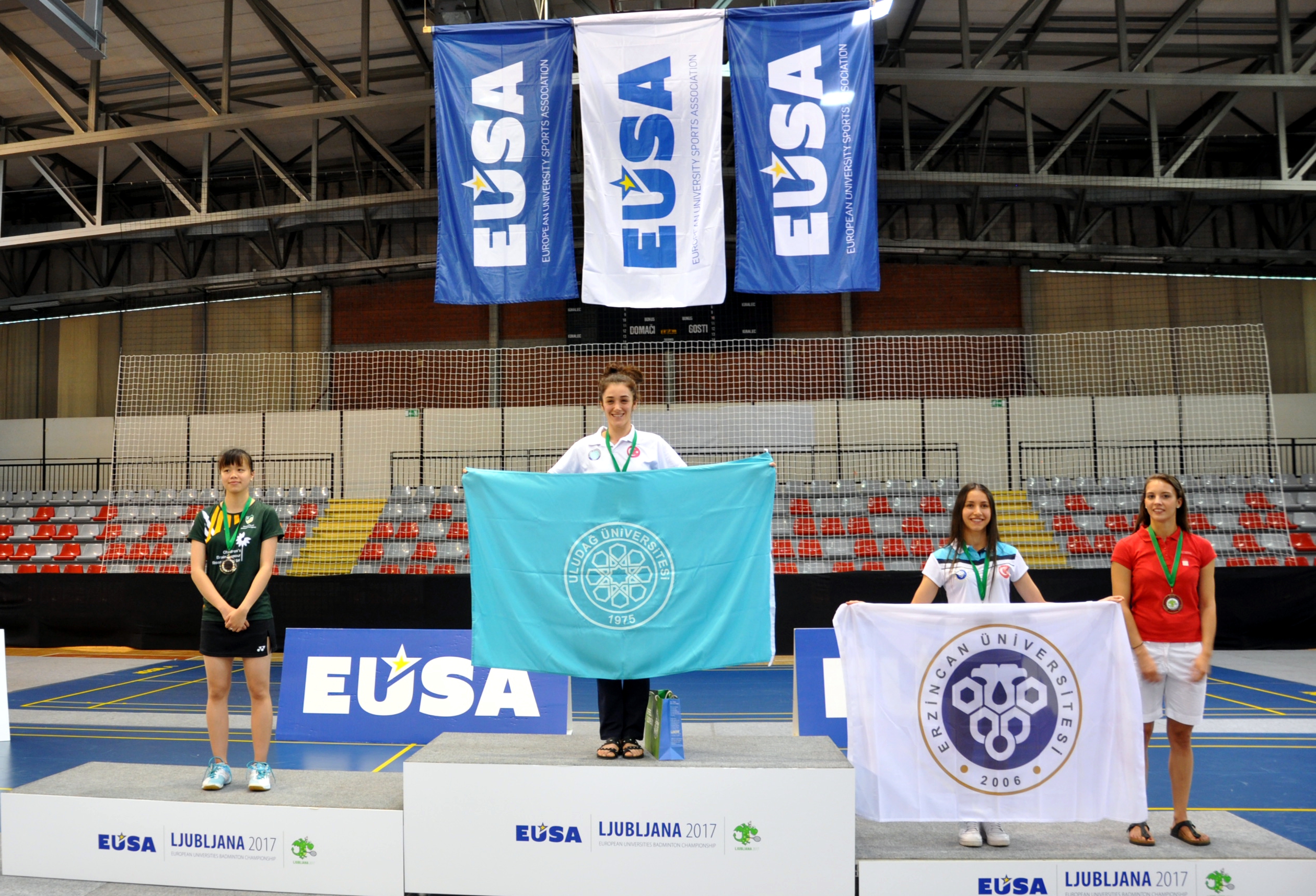 Carvalho and Nero won the gold in Men's doubles

The Portuguese couple outplayed their opponents and 23:21 and 21:15 to become the last champions of this year's European Universities Championship 2017. 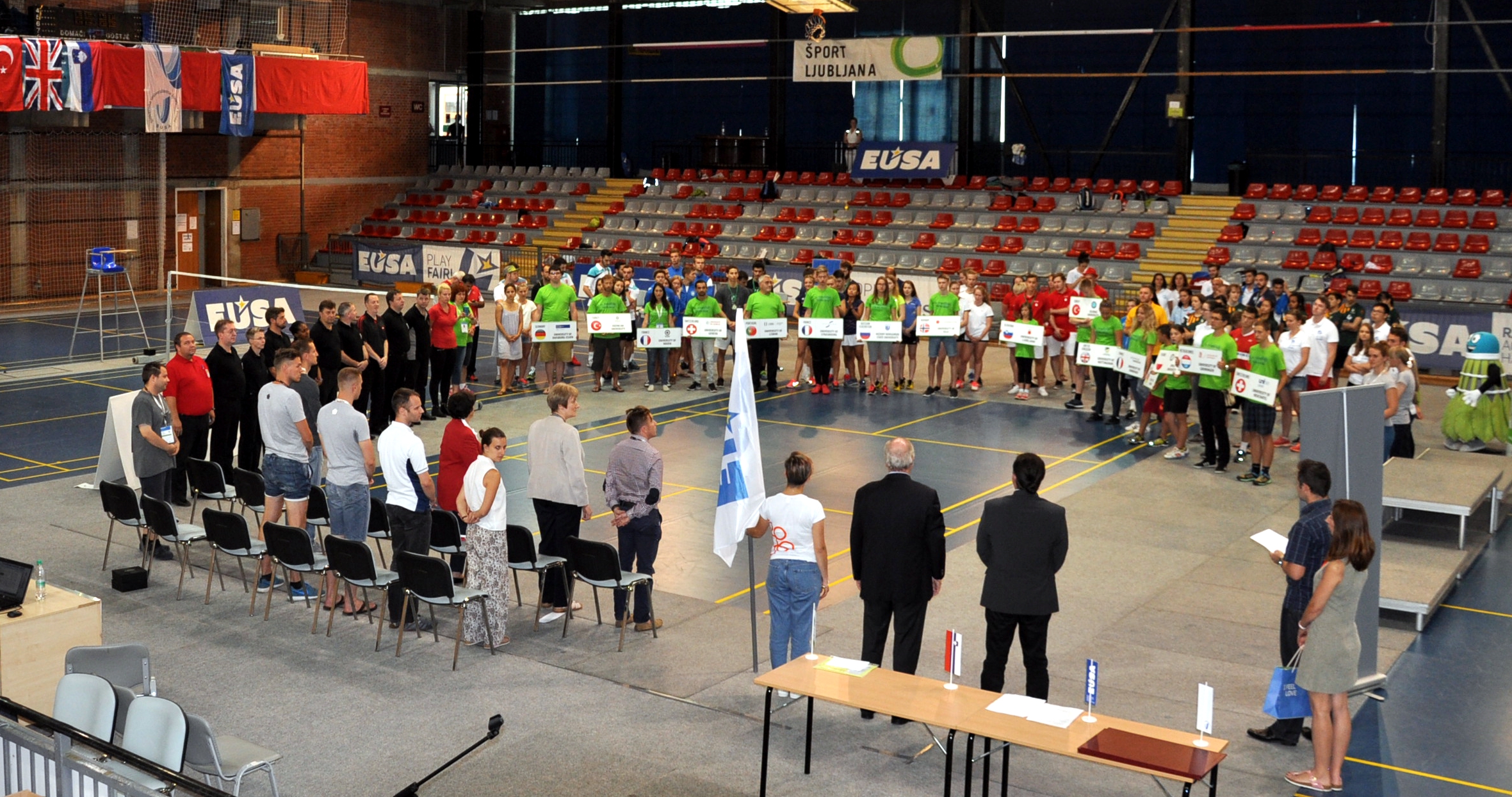